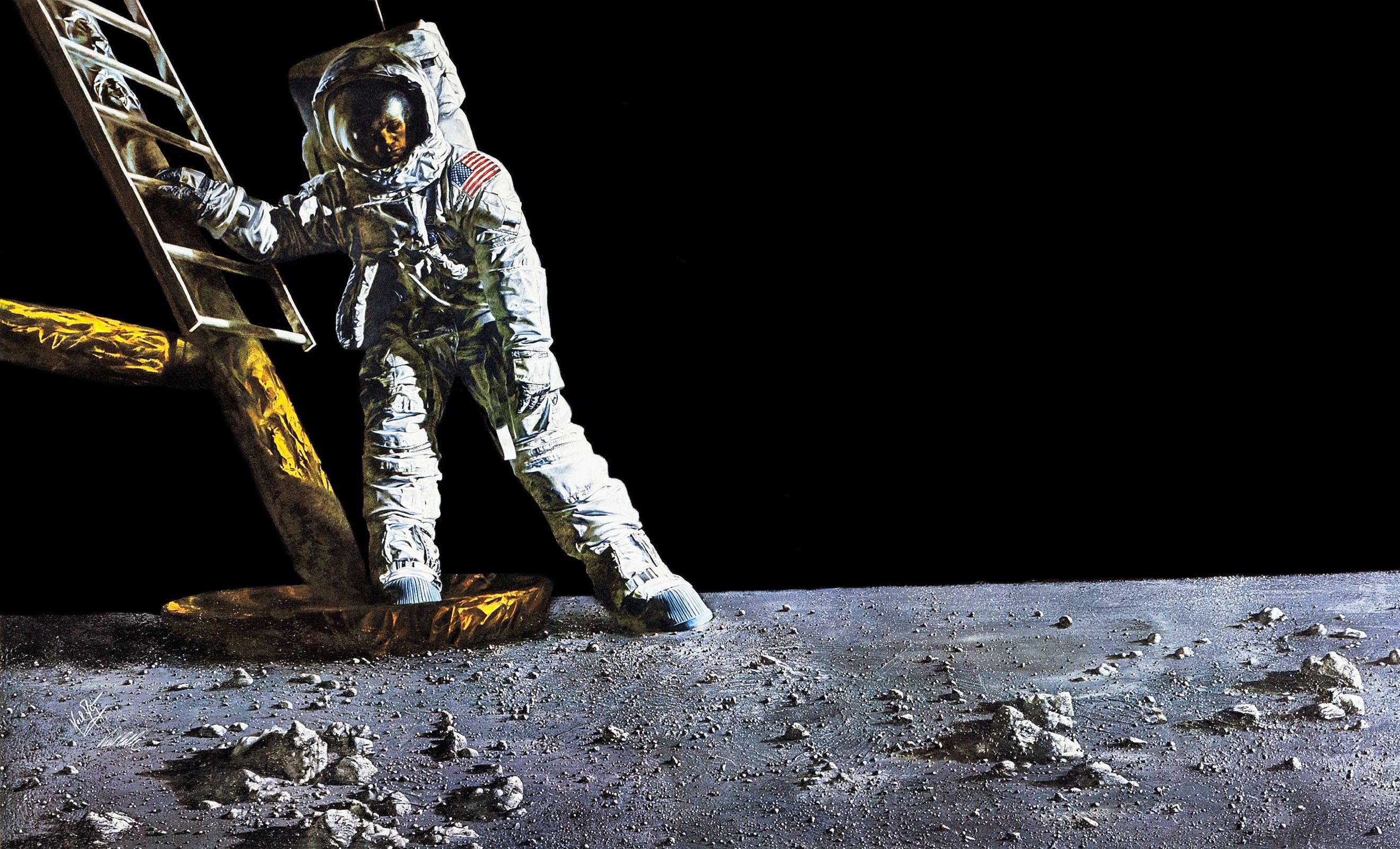 Alone in the command module, I did not see Neil Armstrong step out into the fine dust of Tranquility Base. I did hear Neil and shared with millions back on earth a moment of immense pride as he said, “That’s one small step for man, one giant leap for mankind.” Paul Calle not only heard that, but in his mind’s eye he saw it. Fortunately, Paul’s eye is an exceptional one, and he transports all of us to the moon with Armstrong, to share this historic first human step on another planet.

We, in the American space program, have been fortunate to have had gifted leadership. James E. Webb was the Administrator of NASA during its formative years when we were building our lunar machines in response to President John F. Kennedy’s clear goal of “landing a man on the moon and returning him safely to earth.” Thomas O. Paine followed Webb and was NASA’s leader at the time of Armstrong’s first step. Both men clearly understood the place art has always had documenting exploration. As Webb put it, “Important events can be interpreted by artists to give a unique insight into significant aspects of our history-making advance into space.” Paine noted that “…we have a solemn obligation to leave for future generations a truthful record at all levels of perception, and for this the imagination and insight of the artist are invaluable assets.”